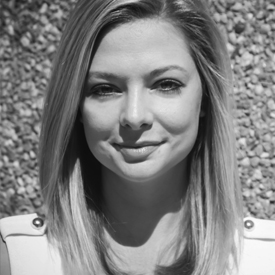 Katelyn RobertsCOO
Kate Roberts has worked as a strategist and operations specialist for a slew of corporate and political clients, including presidential campaigns and Super PACs, the office of a United States Senator, and on the for-profit side for multiple Fortune 500 companies. Most recently, Roberts managed the day-to-day operations of the successful Raise the Bar constitutional amendment campaign in Colorado.

Starting as a Project Manager in 2011 and working her way to an officer of the company as COO, her client focus is on advocacy, community relations activities and communications, particularly for the energy industry.

Professionally, Roberts is a member of the Public Relations Society of America (PRSA), and in 2013 received a Silver Anvil Award from the Houston PRSA Chapter for a case study as part of her community relations work with a Global 500 energy company. She is also a graduate of the Impact Denver program run by the Denver Metro Chamber Leadership Foundation and is a member of the Colorado Women’s Foundation Empowerment Council.

In 2012, Roberts received a MBA from the University of Denver with an emphasis on communications. She also holds a BA in international business from Ithaca College in her home state of New York. Prior to EIS Solutions, Roberts worked for Senator Joseph Lieberman (I-CT) and was a member of the advance team for the McCain-Palin presidential campaign in 2008. She currently lives in Denver with her husband Logan Bobzien.