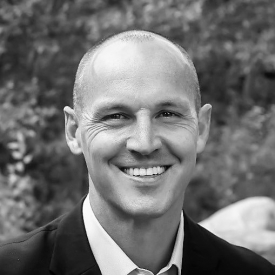 Josh PenryPrincipal
Since joining EIS Solutions, Penry has become the go-to guy for businesses, trade groups, conservative and good government organizations locked in tough political or public relations fights. Penry has been identified by a host of national publications as prime mover in Colorado politics.
A native of Grand Junction, Penry served in the Colorado General Assembly for six years – first in the State House and then in the Colorado Senate, where Penry was elected Minority Leader of the Senate. Penry was one of the youngest ever elected to the State Senate and was among the youngest to ever serve as an elected party leader in the legislature’s upper chamber. As party leader, Penry brokered several large bipartisan deals with his top political rival, then-Democratic Governor Bill Ritter, including major reforms of the state’s public pension system, reform of statewide education standards, strengthened penalties for sexual predators, and a broad re-engineering of state policy, prioritizing natural gas-powered electricity, to comply with Clean Air requirements in a way that protected consumer energy bills.

Prior to his time in the legislature, Penry was the Chief of Staff for a subcommittee of the House Natural Resources Committee in Congress. As a Principal at EIS, Penry has run some of the most successful Congressional and ballot initiative races in the country. As chief strategist for Congressman Mike Coffman’s landslide victories in 2014 and 2016, both efforts were hailed as among the best campaigns in the country by Roll Call and National Journal. In 2016, Penry was also the architect and chief strategist of the successful Raise the Bar (Amendment 71) campaign, helping pass a historic and bipartisan constitutional reform ballot initiative in Colorado. Penry has a long history with this effort. As a legislator, he was at the forefront of multiple efforts to make it more difficult to amend the state’s constitution.

In energy, Penry casts a large shadow. Penry has drawn the ire of Greenpeace, WildEarth Guardians and other extreme environmentalist groups trying to ban fracking – a tribute to Penry’s leadership on helping defeat various anti-fracking measures in an array of key battlegrounds. Anti-fracking groups have dubbed Penry and his wife Kristin Strohm, a top political fundraiser, the “first couple of fracking.”

In partisan politics, Penry has been a leading voice calling for the Republican Party to modernize on important issues like immigration reform and gay rights.

Penry is the father of four – Chase (14), Emme (10), and one-year-old twin girls Sophie and Caroline. Penry, Strohm and the kids live in the south Denver suburbs.

A college quarterback at Mesa State College, in 1998 Penry was named the national scholar athlete of the year by the American football coaches association – an award won the prior year by Peyton Manning.